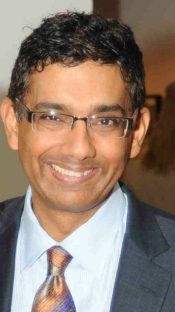 What Else Has Dinesh D’Souza Done?

Conservative commentator, author and filmmaker Dinesh D’Souza was indicted Thursday for campaign finance fraud. Since many readers might not be familiar with D’Souza’s life and work, The National Protrusion thought it fitting to ask, Other than being indicted, what else has Dinesh D’Souza done?