Woman Was Fine with Her Health Care Plan, Until Discovering it Covered Two Band-Aids and Some Gauze 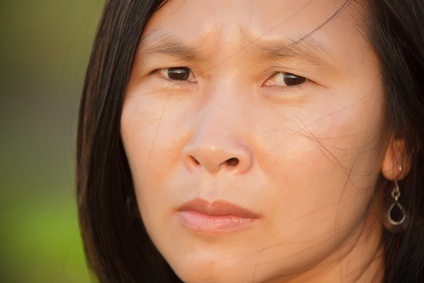 “It was affordable, and I was under the impression that it covered me for the things I needed,” Karrie said. “Then I found out that wasn’t true.”

Karrie is one of the millions of Americans who make up the individual health insurance market. She was covered under Anthem Blue Cross California, but when Karrie needed to be hospitalized six months ago, after a bad car accident, she experienced a terrible surprise — she wasn’t as covered as she thought she was. In fact, she was hardly covered at all.

Karrie’s plan covered her for two Band-Aids and a modest roll of gauze padding. “The third band-Aid, and any gauze over that initial roll, I would have to pay for,” she said.

That wasn’t all she would have to pay for. Karrie required surgery to repair a broken bone in her left leg, and was in the hospital a total of five days.

“I never worried about the bills while I was in the hospital” Karrie said. “I figured, I was covered. I was much more concerned with the surgery and that it go well, without any complications.”

The surgery went fine, and Karrie has since fully recovered, though she does bear a large scar on her left calf where the incision was made.

The scar, she could handle, she says. The really painful surprise came when she discovered what her Blue Cross plan actually covered, and what it didn’t.

“I was in shock when the bills came in and I called Blue Cross, and they told me the plan covered only the two Band-Aids and the gauze,” Karrie said. “I thought the woman was kidding. I said, ‘You’re funny,’ and she said, ‘Thank you, dear, but I’m not kidding.'”

Karrie says she was assured by a Blue Cross representative that the plan would cover hospital stays. “I blame myself, too, obviously, for not reading the fine print of the plan,” she said. “It’s my responsibility. But I really do think it’s deceptive for the insurance company to do that — to tell you you’re covered when you’re not.”

As a result of the huge hospital bills, Karrie has had to take out a second mortgage on her home and dig into her retirement savings.

“There’s almost nothing left now,” Karrie said. “I’m going to have to worry about that after paying off the debt.”

Karrie has since changed health care providers, and is now actively searching for affordable, sufficient coverage through the healthcare.gov insurance marketplace. As far as her old Blue Cross plan, because the plan didn’t comply with the so-called “ten essential health benefits” that the Affordable Care Act requires, Blue Cross chose to cancel the plan rather than modify it to fit the new law.

Karrie thinks that’s just fine. “I don’t want anyone else to go through what I went through,” she says. “Two Band-Aids and a roll of gauze, it’s just not enough. Trust me.”