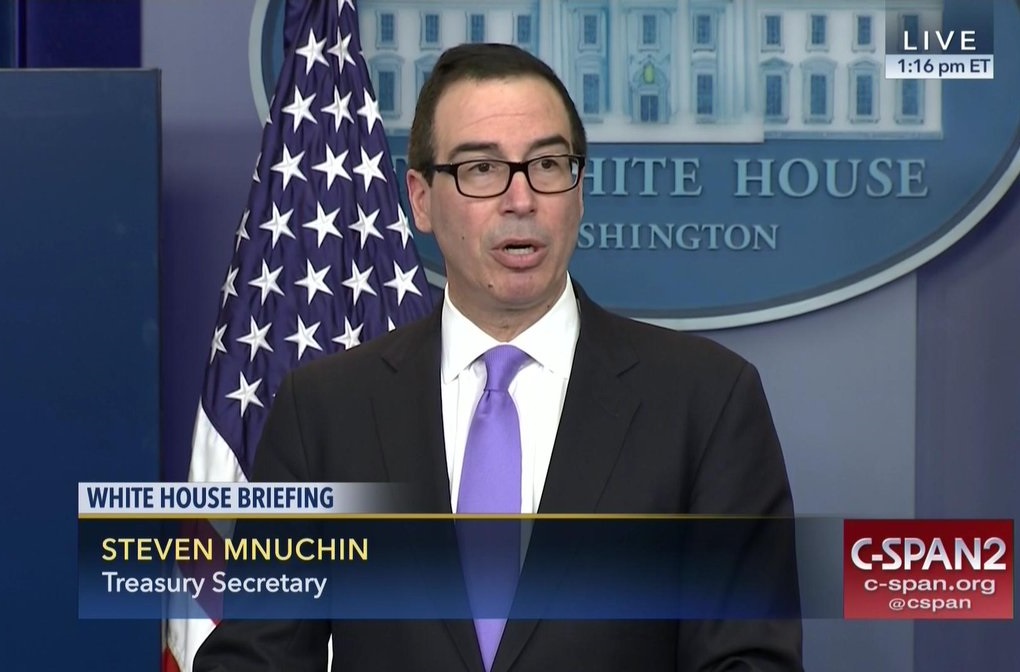 WASHINGTON – President Donald Trump tasked Treasury Secretary Steven Mnuchin and the director of the National Economic Council Gary Cohn with unveiling his ambitious plan to cut taxes for a majority of Trump family members. The plan would cap the individual income tax rate for millionaire members of the Trump family at 15%, and would eliminate the estate tax and alternative minimum tax.

“The president has boldly introduced a plan to reduce the unfair tax burden many Trumps face under our current system,” said Mr. Mnuchin, in a prepared statement prior to taking questions from reporters. “This plan balances the scales, in favor of people named Trump, who earn millions, if not billions, of dollars each year due mostly to things none of them did.”

THIS IS A BREAKING NEWS ALERT. IT WILL BE UPDATED AS INFORMATION BECOMES AVAILABLE.