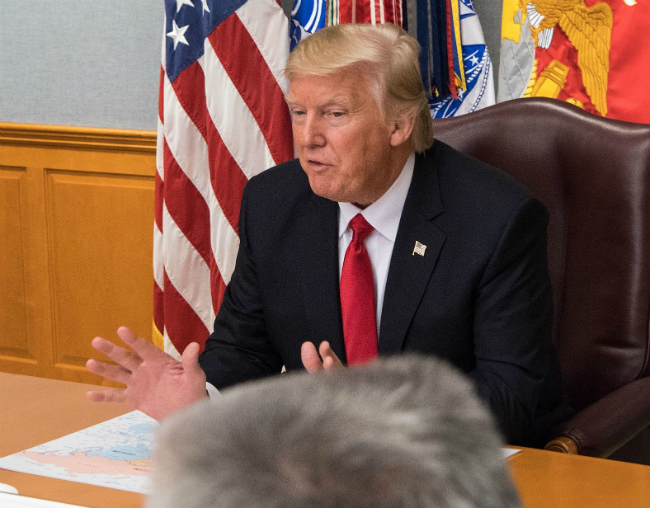 WASHINGTON – President Trump has told the speechwriters responsible with drafting his first address to a joint session of Congress that the speech must have at least five references to the infidelities of former President Bill Clinton, according to a senior White House official.

There had already been three drafts of the speech submitted by Tuesday morning, the official said, but Trump wanted more changes. The official spoke to The Bulletin on the condition of anonymity because he wasn’t authorized to speak publicly about internal White House deliberations.

“President Trump likes the speech, he really does,” the official said. “But he thinks there have to be more references to Bill Clinton’s behavior, his extramarital affairs, his philandering.”

The official said there already were two references to the former president’s behavior but President Trump wanted more.

“At least five, he said,” the official told us.

The writers went back to work Tuesday morning, hoping to present another draft of the speech to the president by noon, at the latest.