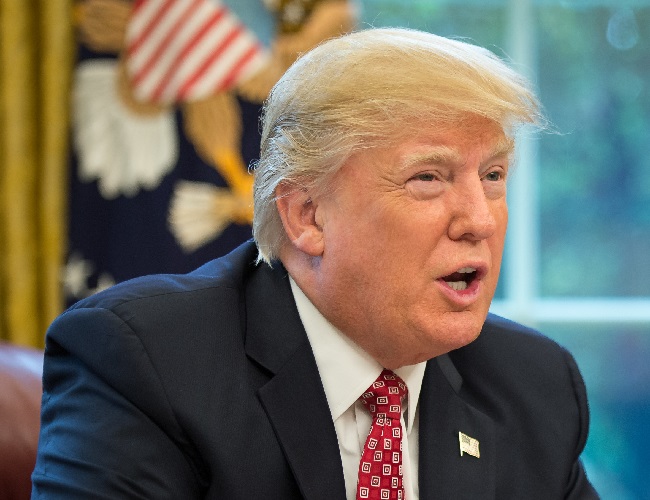 The second, arguably bigger scandal came so quickly on the heels of the first, that neither the Washington political establishment nor the American public had a chance to fully absorb the enormity of the earlier misstep before they were already forced to deal with the second.

Much of the shocked reaction to the Comey story centers around the fact that it appears to at least border on obstruction of justice, if the events outlined in the story are true. The discussion of whether or not this was obstruction of justice, as well as discussion about the reliability of Comey’s notes, overwhelmed the ongoing discussion of the grave error Trump reportedly made when he revealed the classified information to the Russians.

“It was a brilliant move,” said a senior White House official who spoke on condition of anonymity because he wasn’t authorized to speak about the matter. “I mean, you don’t even have time to react fully to the first one, when, Wham! He hits you with the second. I mean, you guys give him a tough time, but he’s a brilliant tactician.”

What makes the move even more brilliant, the official said, is the fact that it occurred prior to Trump revealing the classified intelligence to the Russians, but broke after.

“He had to know when that story would break, how it would break,” the official said. “That’s really clever. Cunning, even.”

Asked if there are any plans to release details of another scandalous blunder by the president as a way to possibly blunt negative press generate from the Comey episode, the official would not say.

“You’ll just have to wait and see,” he said. “But rest assured, when it comes to bombshell blunders, he’s got plenty more up his sleeve.”