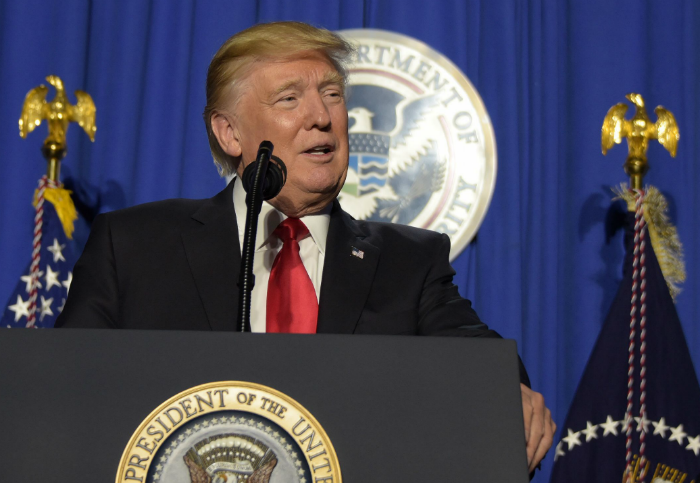 WASHINGTON – President Trump is “kind of flattered” that there are people who think he operates on multiple levels simultaneously, most notably when sending out controversial tweets, according to a senior administration official.

“He’s touched, really, that they think his thinking has that many dimensions to it,” the official said. He spoke to The Bulletin on the condition of anonymity because he is not authorized to speak publicly about his discussions with the president.

Many have speculated about Trump’s use of “distraction,” illustrated most clearly in his behavior on Twitter.

The distraction theory posits that there is some major story Trump wants to divert attention from, such as a story about to break regarding connections between the Russian government and members of Trump’s administration or Trump himself. Or Trump wants to get everyone talking about one issue, something sensational and attention-grabbing, while quietly pushing through some policy change or procedure that would likely be unpopular if it got more attention.

What he does then is to use Twitter to send out a head-turning tweet, such as the one about former President Obama wiretapping his phones, or his claim that millions voted for Hillary Clinton illegally in the presidential election. Then, jounralists and ordinary Americans react to that tweet, which is the point. The conversation becomes centered around inauguration crowd size, or illegal voting, or whether or not President Obama wiretapped Trump, instead of on the growing body of evidence about Trump administration members’ contacts with Russian officials, for instance.

According to the official we spoke to, this is, at best, wishful thinking.

“He doesn’t work that way,” he said. “His mind really doesn’t have all that many dimensions. He doesn’t work on all these different levels at once. There’s just the one, really. Like, he can’t even eat and have a conversation at the same time. Let alone think up two news stories.”

Part of the reason the theory gets so much traction, according to the official, is because Trump’s ideas are so precedent-setting in their awfulness, and there are so many of them.

The “distraction” hypothesis is unfounded and untrue, the official says, though it makes Trump smile that people think he’s so clever and/or devious.

“He loves the theory,” the official said, “because it makes him seem so smart. So cunning. But deep down he knows he’s not. He’s not cunning. He’s just there. Like a couch.”

Basically, the official said, Trump goes with his gut, not some well-conceived plot to deceive.

“He just works on impulse. On terrible, ill-informed impulse.”