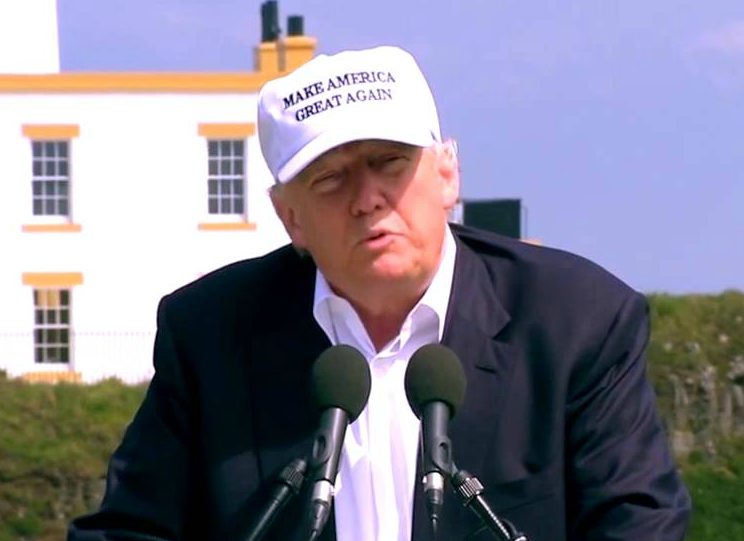 Trump Dedicates His Putt On 16 To The American Worker

PALM BEACH, FLA – President Donald Trump dedicated his two-putt on hole 16 of the golf course near his Mar-a-Lago resort to the American worker “and all that he’s struggling with, and his strength and resilience,” according to a statement Trump made to the press after completing the hole.

Trump reportedly played a full 18 holes at the club, as part of his weekend getaway from Washington, D.C., a trip which has become a regular weekend occurence since he assumed the presidency in January.

“I dedicate the putt I just made, the very good putt that really should have been one stroke but turned out to be two, to the American worker,” Trump said, standing in front of a lectern just to the side of the 16th hole, in a quickly-assembled press conference. “This is to show I’m thinking of them, that I do everything I do as president for them.”

Trump reached the green in three, then two-putt to finish one over par for the par-4 hole. The White House declined to reveal Trump’s score for the round as a whole.

“It hit me as I watched the ball go in the hole,” Trump said in apparently improvised remarks. “That this is for them. This is for the workers. The real Americans. The forgotten man. This putt is for them. They deserve it and I’m happy to give it to them.”

The White House originally said Trump is in Mar-a-Lago to take meetings and make phone calls, details of which were not disclsed. On Saturday, however, the White House press office revealed that golf might also be added to the president’s schedule.