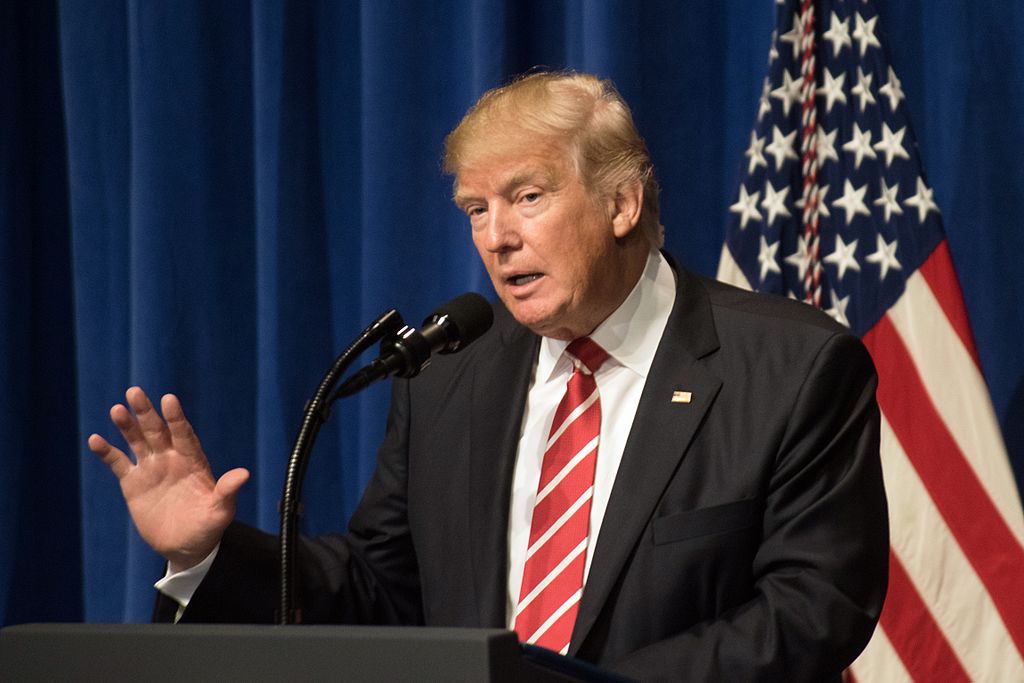 WASHINGTON – Speaking to small business owners at a White House luncheon Wednesday, President Trump took the opportunity to condemn antisemitism that originates anywhere outside his administration.

“This ugliness, this evil, it must stop,” President Trump said. “And it will stop. People who don’t already work for me will stop their acts of antisemitism. Believe me, they’ll stop it.”

The comments come following criticism leveled at Trump for not speaking out more forcefully against a rash of bomb threats to Jewish community centers across the country and the vandalizing of a Jewish cemetery in St. Louis.

“It’s unacceptable,” President Trump said, referring to the damage done to the St. Louis cemetery. “It has to stop. All this antisemitism by people not in my administration really is unacceptable and I’m going to put a stop to it.”

“This president has been very forceful in his condemnation of this type of behavior on the part of people who don’t work for him or with him, in this White House or as part of his administration,” Spicer said. “And he will continue to do that, because it’s the right thing to do and because uniting this country is one of his top priorities as president, which he’s said from the very beginning.”

“Anti-Jewish acts or thoughts or statements by people not affiliated with this administration will not be tolerated, period,” Spicer said.