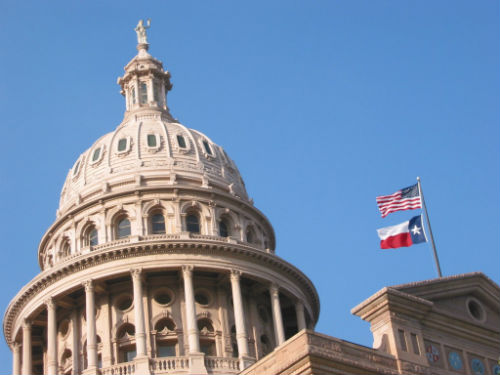 Austin, Texas – A bill that would require voters in Texas to show proof of their registration with the Republican Party easily passed the Republican-controlled senate Friday. The bill has the support of Governor Rick Perry and is expected to be signed into law as early as this week.

The bill had already passed in the Texas House of Representatives by a wide margin, 96-49. It experienced a similar fate in the Senate, passing by a vote of 19-11. All of the Republicans in the Senate voted for the bill, and all the Democrats, save one who was absent for the vote, voted against it.

“This is a proud day for Texas, for me, and for this legislature,” said Senator Troy Fraser, author of a previous voter ID law, which was struck down in federal court following a suit brought by the U.S. Justice Department.

Fraser’s bill would have required all but the most elderly Texan voters show a photo ID in order to vote. A federal appeals court found that bill imposed “strict unforgiving burdens on the poor.” Fraser called Friday’s vote a “vindication” of what he and other legislators have been trying to do for a long time.

“We showed we are serious about fighting voter fraud, once again, and that we’re not deterred by naysayers and critics,” he said. “Voter fraud is a real crime, and it really happens. It’s happened at least three times in recorded history. And that’s three times too many.”

Fraser called the type of fraud that the current bill addresses “particularly pernicious.”

“You have people attempting to vote even though they might be a Democrat or an Independent, or not registered to any political party,” Fraser said. “We can’t allow that. And thanks to the courage of my colleagues in the legislature and Governor Perry, that won’t be allowed to happen in the future.”

As the current bill seems to go even further than the one that inspired Attorney General Eric Holder and the Justice Department to bring suit, speculation is rife about what action he might take this time. However, Mr. Holder did not divulge any details in a statement released to the press shortly after Friday’s vote.

“We are disappointed at the actions undertaken by the Texas legislature,” the statement said. “We will review the matter as soon as possible, and take any actions necessary to protect the voting rights of the American people.”

Critics of the law contend that it is an unfair maneuver to stack the deck in favor of Republicans.

“This is an obvious ploy to prevent voters who may vote Democratic from even casting a vote,” said Leonard Jamison, a spokesman for the Texas Democratic Party. “It’s the most bald attempt yet to quash the democratic process in this state.”

The law’s supporters deny it is unfair or restrictive.

“It’s not restrictive at all,” Fraser said. “They can be registered with the Republican Party of Texas or the national party. Either one. I’d say that’s pretty flexible, and the opposite of restrictive. Unrestrictive, is what I’d call it.”