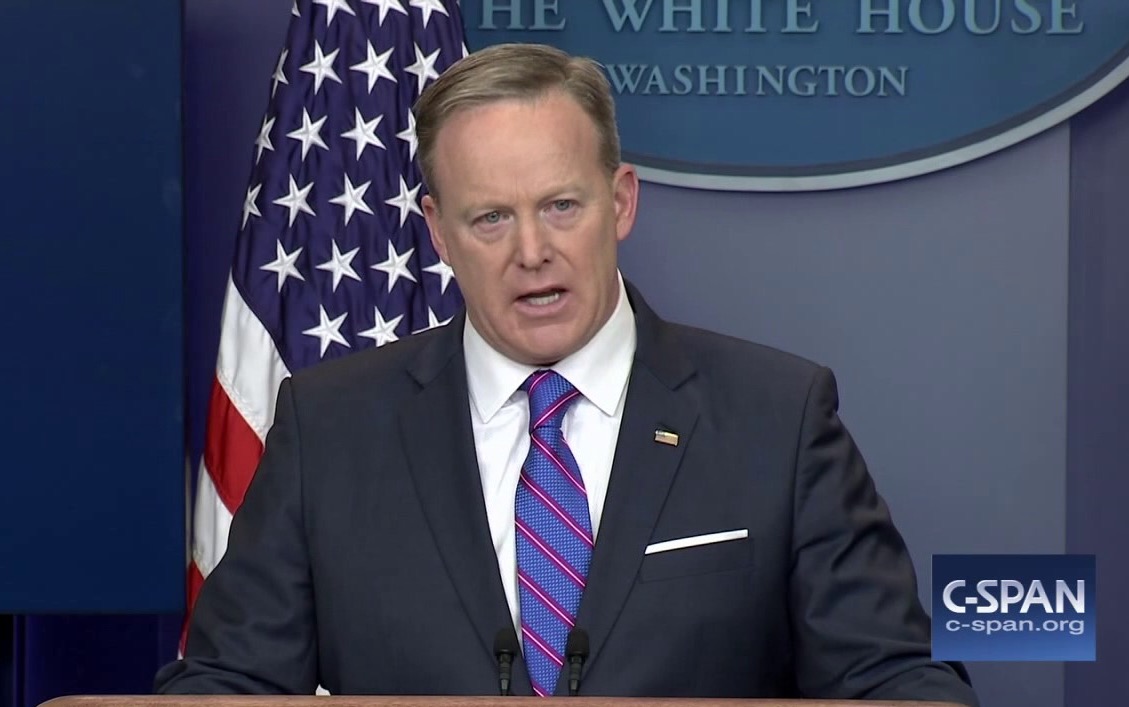 WASHINGTON – White House Press Secretary Sean Spicer was in the middle of answering a question during Friday’s White House Press Briefing when he suddenly forgot which Trump administration scandal he was currently trying to pin on Hillary Clinton, according to a senior White House official.

“I think it’s interesting that you guys always talk about President Trump’s, uh, involvement in…” Spicer began, then he paused, and seemed to lose his train of thought.

“It was right there that he forgot which scandal he was talking about,” the White House official said. He spoke to The Bulletin on the condition of anonymity for fear of angering the Trump White House. “He couldn’t remember which scandal the question had referred to.”

The official said Spicer’s mind raced through the list of current Trump administration scandals, trying to find the one he was supposed to be talking about.

“Was is Flynn? Was it Nunes being on the White House grounds?” the official said. “Was it Comey saying there was no wiretapping of Trump by Obama? Was it Trump not divesting from his businesses as he said he would? Ivanka moving into the White House? There were so many to choose from.”

But he did know for a certainty on whom he was going to redirect the blame for the scandal, whatever it might have been.

“He knew two things: 1) it was a scandal and 2) he was going to pin it on Hillary Clinton, tie it back to her, bring her into it somehow, some way, no matter how tenuous or frankly nonexistent the connection. So that part was a constant, the Clinton part. He had that. He didn’t have to search for it. But once he let his mind rest for a moment, he was able to find the right scandal and get back going again.”

Having located the correct topic in his head, Spicer continued answering the question, and promptly steered the blame to Clinton.

“You guys seem very interested in President Trump’s connection to Russia,” Spicer said, finding his footing again. “But I don’t see any of you printing stories about Hillary Clinton’s much deeper connections to Russia, or Bill Clinton’s. The paid speeches, the reset button, the phone calls. Hillary Clinton’s very real connections to Russia greatly exceed those of President Trump, but none of you seem to want to talk about that.”

“Once he figured out the scandal, he was home free,” the official said.