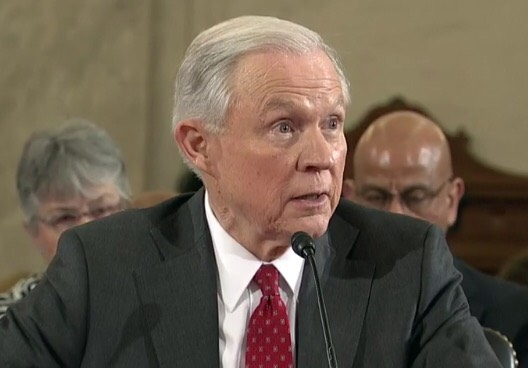 Sessions Vows To Be Attorney General For All Americans, Whether White Or Colored

Senator Jeff Sessions of Alabama, President-elect Donald Trump’s nominee for attorney general, said in a hearing before the Senate Judiciary Committee this morning that he vows to be “the attorney general for all Americans, whether they’re white or colored.”

In 1986, Sessions was rejected for a federal judgeship by the very same senate committee he appeared in front of Monday, after being confronted about remarks he made regarding the NAACP, the KKK and specific minorities that he worked with at the Justice Department.

Addressing his reputation for racial insensitivity, Sessions used his opening statement to pledge fair-minded, equal treatment of all Americans, regardless of their race or background.

“I am aware some people regard me, incorrectly, as a racist,” the Alabama senator said, reading from prepared remarks before questioning began. “I hereby vow to the American people that I will be an attorney general for everyone, whether they’re white or colored, man or woman, and whatever other races and genders are now accepted by polite society in this country. That is a promise.”