Secret Service: We Should Maybe Think About Locking the Doors 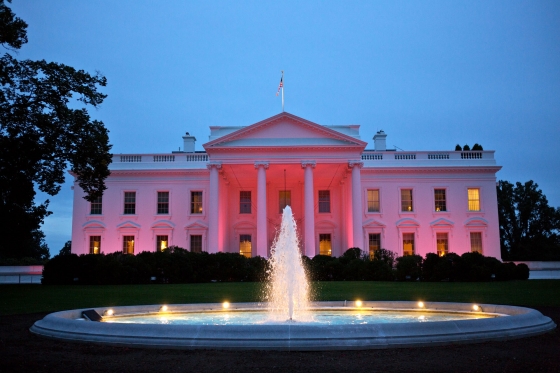 Washington – Against a backdrop of media reports which reveal the man who entered the White House earlier this month got further into the official dwelling than was originally reported, Secret Service Director Julia Pierson sent a memo to her staff where she suggested, among other things, “It might be time for us to take a look at locking the White House doors. Just spitballing here.” A copy of the memo was made available to The National Protrusion.

Omar J. Gonzalez, 42, scaled the exterior fence and entered the building through the open North Portico entrance. He was in possession of a knife.

Original reports indicated that Mr. Gonzalez was stopped just inside the North Portico entrance, but officials have now revealed that that Mr. Gonzalez in fact made it all the way through the East Room, after besting a female agent who confronted him when he first entered the building.

Ms. Pierson’s memo does not address the discrepancy in the reports or even the fact that Mr. Gonzalez made it so far inside the White House, but rather that me made it inside at all.

“I’m aware of the going theory,” she writes, “that we wouldn’t have to lock the doors because of the manpower and sheer volume of agents we have on the White House grounds. However, in light of recent events, it seems kind of odd to me that, should someone make it to the doors of the dwelling, they can in fact just open them and go inside.”

The memo continues, “This is something we might want to look at.”

Ms. Pierson also used the memo to remind the men and women under her command of their first duty.

“Let me reiterate at this point that your main objective should be keeping people out of the White House,” she writes. “That may be obvious to some of you, but I thought I would just mention it here, so as to stave off any potential misunderstanding.”