Report: Boys Will Be Boys, Then Become Men Who Hit Women in the Face 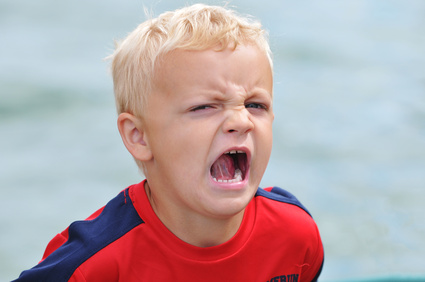 A report released by the Heinz Center for Family Research finds that boys will be boys, then grow into men who often hit women in the face and engage in other abusive and violent behavior. The report is part of a larger study which tracked the behavior of hundreds of American males from the time they were toddlers up through full-grown adulthood.

Tim Reinhold, lead researcher on the study, said the study’s results, as outlined in the report, were remarkably consistent across the board.

“We found that boys whose violent or aggressive behavior was dismissed as just ‘boys being boys’ as young males later became men who hit women, hurt women, abused others,” Reinhold said. “Most of the time, the target was a woman.”

As an example, Reinhold pointed to one of the individuals tracked by the study. This man, who was referred to as Subject 12, acted very aggressively as a boy, stealing the belongings of other children and breaking their toys and other possessions. He especially targeted girls.

When any of the girls complained to teachers and others about Subject 12’s behavior, and these people relayed the complaints to Subject 12’s parents, the response was always, “Boys will be boys.” It was Subject 12’s mother who made the statement most often, but his father said it as well on the rare occasion that he appeared at the school.

Subject 12 grew into a star athlete in high school, but misbehaved often and was the target of complaints by fellow students regarding bullying and other similar incidents. When his parents were confronted with the complaints, the response was, “Well, boys will be boys.”

In college, Subject 12’s athletic career blossomed, as he became a star running back on the football team. He was also the subject of complaints on the part of at least three women who claimed he had been violent with them and made unwanted sexual advances. When the coach of the football team was asked about the complaints, he replied, “Everyone knows boys will be boys.”

After a failed attempt to play professional football, Subject 12 was twice arrested for domestic violence. His wife, who later divorced him, was hospitalized on the second occasion. When police interviewed Subject 12 about the incident, he said, “Hey, boys will be boys, you know?”