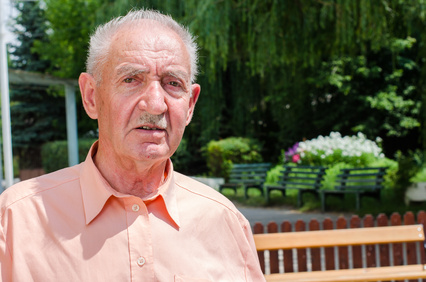 Lynbrook, NY – Patrick Dunlop, a 78-year-old retired racist, finds himself bemoaning the loss of a simpler time, a lost era, the era that he grew up in.

“Everything was simpler then,” Dunlop said. “A kid could walk down the street by himself. A man was a man. There was none of this videotaping everything. It was a simpler time. A better time.”

The issue of our current generation’s obsession with documenting everything they do on ubiquitous cameras raises Dunlop’s ire most, in fact. Specifically, the trend of videotaping police officers — whether it’s a dashboard camera recording an officer pulling someone over, or a cellphone camera capturing alleged abuse, Dunlop wishes all the cameras and easily-accessible video equipment would disappear.

“This is just absurd, all this video-taping of the cops beating people up or whatever it is,” Dunlop said. “In my day, this type of stuff was going on, but we didn’t know about it. We didn’t have to hear about it. I didn’t have to watch it on the news. And it was better that way.”

Doesn’t he think it’s better to know what is actually going on in the world, rather than living in ignorance?

“No, not at all,” Dunlop said. “I’m a racist, first of all. I thought I was clear about that. So, why would I care if it’s going on, and why would I want to know it’s going on? Second of all, ignorance is fantastic. Ask any ignorant person. It’s the best. You can live your life and do your thing and not have all this morality and ‘this is bad’ and ‘that’s bad’ and what have you stuffed in your face.”

So, does he think it doesn’t matter that there is police brutality going on, and that in many cases, it’s directed towards black men?

“I’ll tell you the truth, most of these guys, they deserve it. That’s my opinion,” Dunlop said. “Now, you have to take into account that I’m a racist and I’m also ignorant, but that’s how I feel about it.”

Dunlop wishes the world could be the way it was when he was growing up in the 1950’s and ’60’s. Beyond not hearing about racism-fueled police brutality, he didn’t even cross paths with many minorities for much of his formative years. And that was perfect for him.

“For an ignorant racist like me, it was the best time to grow up. It really was,” he said. “I just wish it could be like that again.”