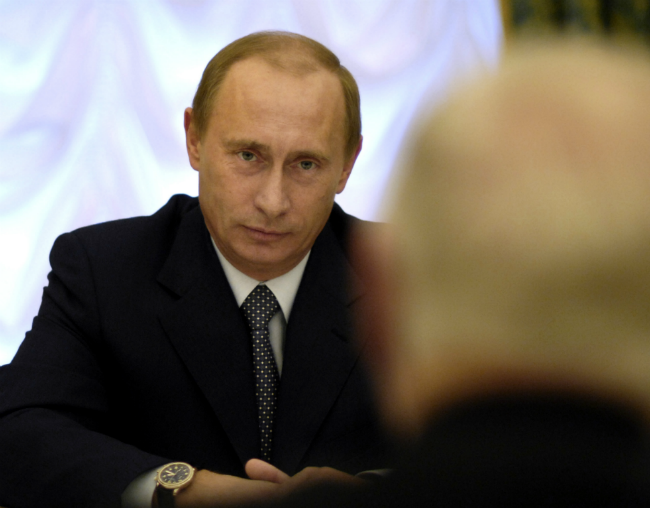 MOSCOW – President Vladimir Putin met at the Kremlin with a man known only as “Igor” Wednesday, handing a sheet of paper across the table to him. On that sheet of paper was the current location of former Trump campaign manager Paul Manafort, according to a senior Kremlin official with knowledge of the meeting.

“President Putin handed him a sheet of paper,” the official told The Bulletin. He spoke on the coniditon of anonymity, as he was not authorized to speak about the meeting. “On that sheet of paper was an address, perhaps, a longitude and latitude. Maybe a phone number, even. Anything that would give this person, Igor, the whereabouts of Mr. Manafort.”

Pressed for details about “Igor,” his background, his full name, his position in the Russian government, if one exists, the official said, “He is Igor. That is all you need to know, and all you should hope to know.”

Asked what might happen once Mr. Manafort was located by “Igor,” the Kremlin official shrugged his shoulders.

“They’ll talk a little, maybe, discuss some things,” he said. “Catch up a bit. You know, ‘Shoot the breeze,’ as you Americans say. They’ll shoot the breeze.”

Asked if Mr. Manafort’s life was in danger, the official said, “In danger? Why? Because he’s linked to payments by the Russian government and risks exposing the entire plot to place Trump in the White House? No. Preposterous. I told you, they’re shooting the breeze. That’s all.”