Poll: 87% Of Voters Plan To Vomit Into Bush Outside Polling Place After Casting Ballots 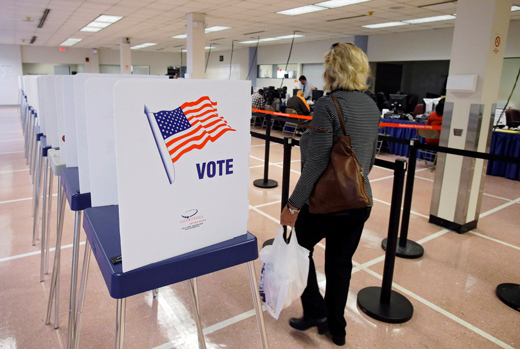 According to a Quinnipiac University poll released Monday, more than 87% of Americans who plan to vote in Tuesday’s midterm elections are also planning to vomit into a bush outside their polling station, following successful casting of their ballots.

“These numbers are about in line with what we expected,” said Judd Horenson, an analyst at Outreach Solutions, a political consulting firm. Mr. Horenson is an expert in voter behavior. “Dissatisfaction with the current state of politics, and politicians themselves, is extraordinarily high.”

Horensen said voter apathy is an issue in Tuesday’s election, as it is in most midterm elections. A larger problem, in his opinion, however, is how disgusted those willing to vote are with the options they’re being offered.

“Voters are just nauseated by the idea of having to pick from the various choices they’re being given in this election,” Horenson said. “In many cases, the nausea and stomach upset reach the point where the person feels the need to vomit. In fact, in many cases, they’ll vomit once right outside the polling station, and then again at home, at least one more time.”

Horenson said voters also may suffer a kind of “aftershock” later in the day, if they’re reminded of the vote they cast earlier on.

“If they see a sample ballot on a table, or someone’s ‘I voted’ sticker, they may feel the need to run to the bathroom and vomit again,” he said. “The reminder of what they did earlier that day is just too unsettling for them.”