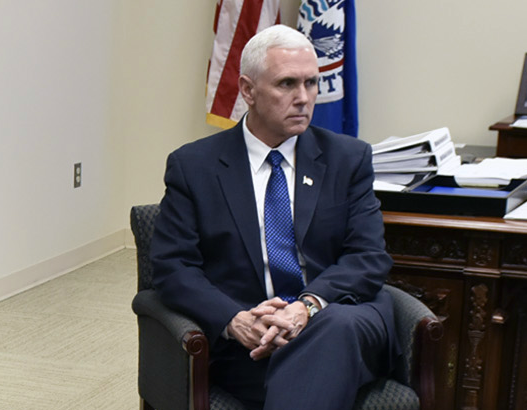 WASHINGTON – With Democrats continuing to push for release of President Trump’s tax returns, and the issue of Trump’s business conflicts rearing its head in news story after news story, Vice President Mike Pence is wondering what the administration’s official line is on why the president hasn’t yet released his returns and shows no sign of doing so, according to a senior White House official with knowledge of the vice president’s thinking on this issue.

“He wants to know, you know, ‘Are we still going with the bullshit about the IRS audit?'” the official said, referring to the defense Trump has given since early in the presidential campaign as to why he hadn’t released his tax returns, the fact that he is under audit by the Internal Revenue Service. The official spoke to The Bulletin on the condition of anonymity, as he is not authorized to discuss internal White House matters.

The official said Pence has instructed his aides to ask Steve Bannon and Stephen Miller for clarification on what the official administration line is on the issue.

“His question is, if he’s asked about it, should he trot the IRS thing out again, or is there some new bullshit thing he should say instead? He needs to know how to respond to questions about it, which is why he’s asked Bannon and Miller about it.”

As recently as late January, Kellyanne Conway, White House counselor, tweeted that President Trump will release his tax returns after the IRS audit is completed. This was in contrast to her statement during a television appearance the day before in which she said flatly that the president will not release his tax returns.

The IRS has neither confirmed nor denied that President Trump is currently the subject of an audit. However, IRS officials have also said that the president is free to release his tax returns, whether he is under audit or not. This is because the excuse is bullshit.