Please include attribution to https://itsthebulletin.com with this graphic. 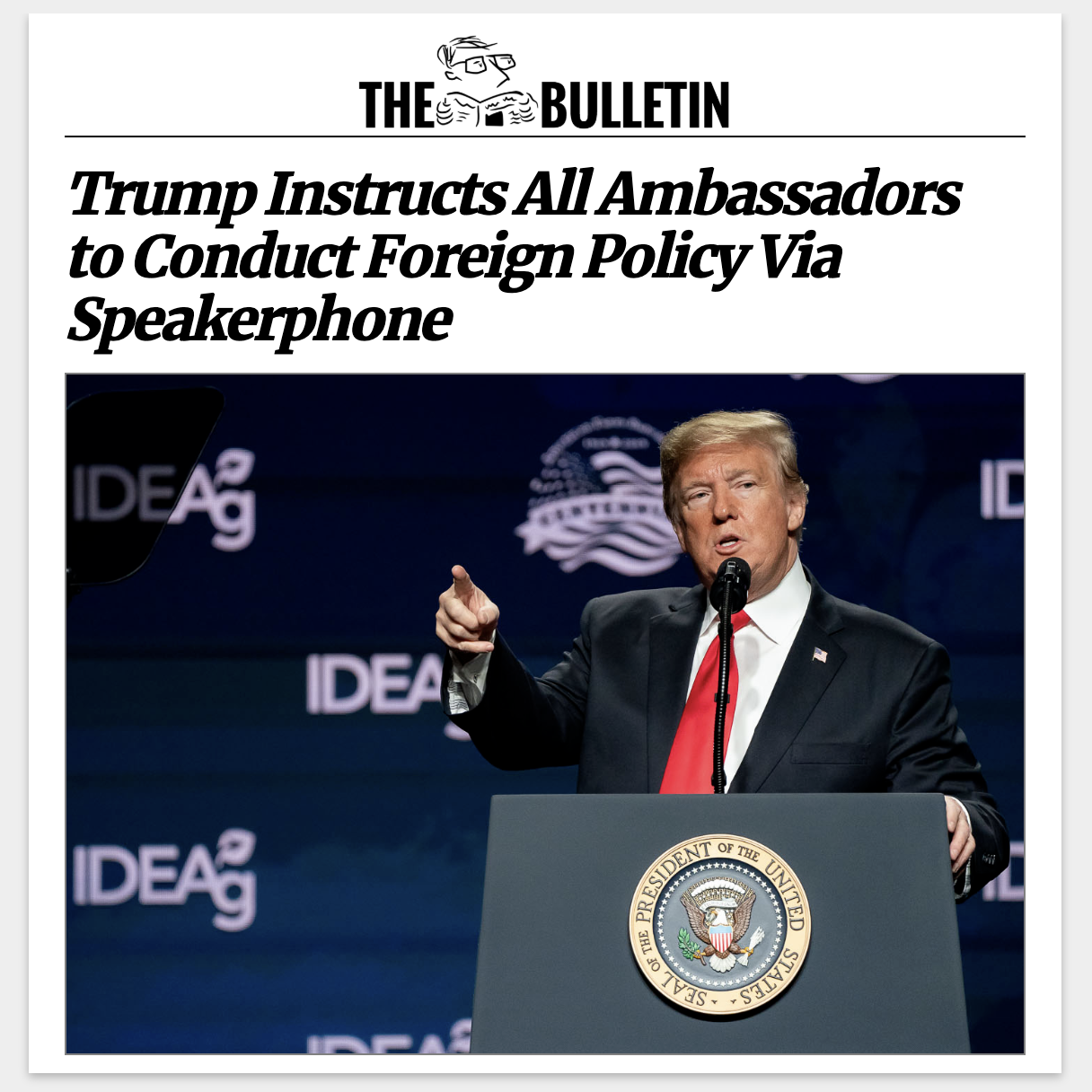 WASHINGTON – President Trump suggested in an interview with the Washington Examiner that he is considering his own version of the ‘fireside chat’ made famous by FDR, during which the then-president would speak to the nation over the radio.  In Trump’s case, he hopes to hold his fireside chat live on television and read the partial transcript of his phone call with President Zelensky of Ukraine released by the White House, in which he is accused of pressuring the leader to investigate Joe Biden and his son Hunter, as well as allegations of Ukrainian meddling in the 2016 U.S. presidential election.

Trump has repeatedly defended the call as “perfect,” and he apparently feels that if he reads it to the American people, many of them will be convinced of that fact as well.

What Trump also plans to do during the chats is obstruct justice several times and in several different ways.

“There’s some obstruction that’s planned,  that is accurate,” said an unnamed White House official with knowledge of the president’s plans. “He’ll start off with some light obstruction, probably, then read the transcript, with some improvised portions, and then some more intense obstruction at the end.  That’s what we’re looking at right now.”

The official spoke on condition of anonymity to discuss private White House deliberations.