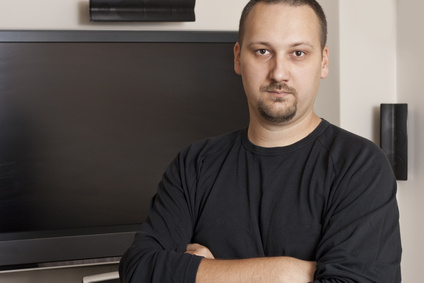 Baldwin, NY – Controversy swirls around Woody Allen, following the publication of a letter writen by his daughter, 28-year-old Dylan Farrow, in Nicholas Kristof’s New York Times column and blog. The letter details what Dylan calls her “sexual assault” on the part of Allen when she was just seven years old. A fierce debate has erupted, online and elsewhere, as to who might be telling the truth, and Allen is said to be preparing a response, which will also be published in the Times.

But Brian Encino of Baldwin, NY, doesn’t have an opinion one way or the other on whether or not the abuse happened as Dylan described it, or whether Allen is telling the truth when he says nothing even remotely close to what she describes in her letter ever happened. He just wants to know if he can watch Allen’s 1993 comedy, “Manhattan Murder Mystery” without feeling bad about himself and constantly being reminded of the controversy and the alleged sexual assault.

“I figured it was a pretty safe one,” Encino said, standing in front of his big-screen television in the living room of the two-bedroom apartment he shares with his girlfriend. “It doesn’t have Mia Farrow, first of all. And the Woody Allen character isn’t all into some young chick and being all gross or anything. So, hopefully, I’ll get through it without being reminded of this whole thing too many times.”

The film stars Allen and Diane Keaton as a married couple who get involved in a murder investigation, after Keaton’s character becomes convinced their neighbor was involved in his wife’s death. Alan Alda and Anjelica Huston also star.

Mr. Encino said he chose the film, which he has already rented from Amazon’s Instant Video service, mainly for the absence of Farrow, but also because the screwball-type plot would likely lend itself to much less association with the Allen controversy.

Ironically, Keaton was brought in as a late replacement for Farrow, whose relationship with Allen disintegrated as the movie was heading into production. The National Protrusion chose not to share this fact with Mr. Encino.

“It’s a zany, far-out kind of comedy thing, from what I understand,” Mr. Encino said. The blurb on the Amazon Instant Video page describing the film appealed to him. It reads, “A middle-aged couple suspects foul play when their neighbor’s wife suddenly drops dead.”

“I thought it was perfect,” Mr. Encino said. “No mention of sex, or young girls or anything like that. It was just him and Diane Keaton in the picture, and she’s plenty old, so that was cool.”

Mr. Encino and his girlfriend made popcorn in the microwave oven and got comfortable on the couch in preparation for watching the film. Before he hit play with his remote control, he looked up and asked, “So, what do you think? Are we going to be okay?”