70 Percent of NFL Players Either Concussed or Suspended Indefinitely 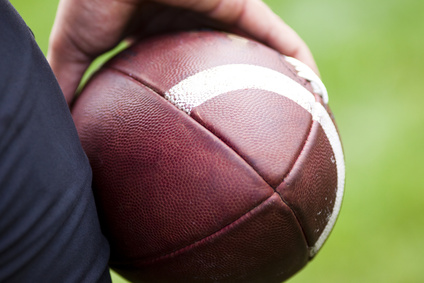 New York – Seventy percent of active NFL players are either concussed or suspended indefinitely, according to a report released by the Organization for Football Safety, a nonprofit organization based in Chicago, Illinois.

The report notes that the NFL has 1,696 active players, so the seventy percent finding means that approximately 1,187 players are either concussed or have been suspended indefinitely due to legal troubles and other off-the-field issues.

Concussions have become a huge issue for the league, and a recent report produced by the NFL itself estimates that a third of its former players will develop a neurocognitive disease like Alzheimer’s, or some other form of moderate dementia.

Of the 1,187 players, nearly half, or 587, are currently concussed, having experienced a collision in preseason or the early weeks of the regular season that caused a significant head injury.

The other half are suspended indefinitely, either by the league itself or by an individual player’s team.

Baltimore Ravens running back Ray Rice, for instance, was suspended by the league after video surfaced showing him punching his then-fiancee Janay Palmer in the face while the two were inside an elevator.

Adrian Peterson, the Minnesota Vikings running back who was indicted last week on one count of reckless or negligent injury to a child after he allegedly struck his four-year-old son repeatedly with a tree branch, or switch, was suspended by the team. This was a reversal of course, as Peterson had been reinstated by the team just days earlier.

Commissioner Roger Goodell has come under fire over the past several weeks for his lack of appropriate disciplinary action early on in the Rice case, and for his denial of having seen the tape of Rice from inside the elevator before it was released by the gossip website TMZ.

On Friday, Goodell met with reporters to address the figures in the Organizations for Football Safety’s report.

“This report is obviously alarming and troubling to everyone in the NFL family, including myself,” he said, in a prepared statement. He did not take questions from reporters. “But what it also shows is that thirty percent of our players are not concussed or suspended, and that’s a pretty good number. Having said that, you can rest assured, we’re going to work as hard as we can to make that number grow as much as possible in the future.”