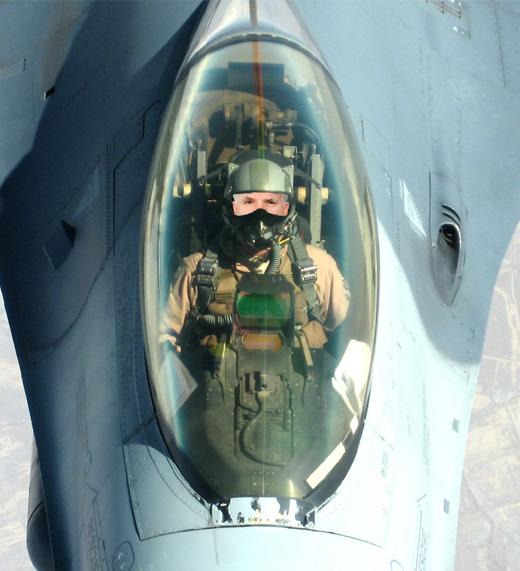 USS Nimitz – Presumptive Republican presidential candidate John McCain flew an F-18 Hornet into Iranian airspace today and dropped several 2,000 lb. bombs on what he thought were important military targets. The bombs were actually dropped into a cluster of camels in an otherwise abandoned stretch of desert. One camel was reportedly wounded. McCain was not fired upon by Iranian air defense forces, presumably because he was nowhere near a significant target, and he returned to the USS Nimitz aircraft carrier at approximately 2PM Eastern Standard Time.

McCain, a Navy fighter pilot in the Vietnam War, said he “was just sick of waiting around” and decided to take on the invasion himself. No other U.S. military personnel participated in the invasion, and it was “wholly unauthorized,” according to a statement released by the U.S. Navy. The statement went on, “Neither the United States Navy nor any other branch of the U.S. military ordered this invasion, which was solely the work of Senator McCain. We cannot speak to what Senator McCain was thinking in undertaking such a mission, but we feel fortunate that he did no substantial damage and caused no serious injuries. Except for the camel, of course.”

McCain dropped bombs on what he thought were two “targets.” The first was what he thought was a newly constructed nuclear reactor, and the second was the home of Iranian president Mahmoud Ahmadinejad. In fact, McCain had dropped the first set of bombs into the cluster of camels, then somehow circled around and dropped the second set of bombs on the camels again. Reports indicate the same camel was injured both times.

“I think I definitely hit Ahmadinejad’s house, though I can’t be sure,” McCain said. “Visibility was pretty low, but that was mainly because the goggles fell down into my mouth and then my eyes teared up. So I just started dropping those suckers. But I was near his house, I think. I was near something. Something that seemed like a house. And the first target was definitely a nuclear reactor of some kind, that I could tell was being constructed. And that one, I blew to smithereens.”

Reporters told McCain he had only wounded a camel, twice, and that no worthwhile military targets were hit or were even nearby. They showed him a copy of the Navy statement.

“A camel?” McCain asked in disbelief, after reading the statement. “No, no. That was no camel, my friends. One target was a nuclear reactor, and the other was a house that I believe one outspoken Iranian president lives in. Or at least…used to live in.” McCain then chuckled.