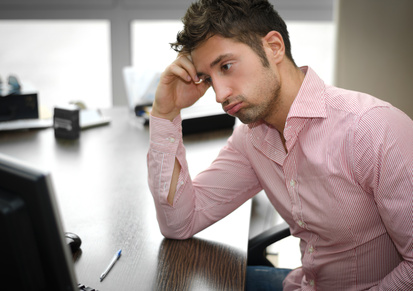 Allentown, Pennsylvania – 24-year-old Sean Zillow isn’t sure whether his diarrhea was caused by eating Hot Pockets that contained potentially tainted meat, or whether it’s just the normal diarrhea he usually gets after eating a Hot Pocket.

“It’s hard to tell, you know,” Zillow said from the conference room at the law firm where he works as a paralegal. He prefers the firm remain unnamed. “I mean, like, four out of five times, after I eat [a Hot Pocket], I get diarrhea. So, I’m not sure if I ate the diseased meat or not. I mean, is there some way to know? Do I need to be concerned? I’m just in the dark here, and I’d like to know one way or the other.”

Nestle recalled an unspecified number of its “Philly Steak” and its “Croissant Crust Philly Steak and Cheese” Hot Pockets after ascertaining they may have contained meat that the USDA has ruled unfit for human consumption. Zillow says he bought his Hot Pockets just before the recall. He is therefore concerned, though not necessarily alarmed.

“I mean, it’s kind of ‘six of one, half a dozen of the other’ kind of thing. Either way, I have diarrhea, and I really don’t feel sick, otherwise. In fact, you know what? I’m pretty sure I’m not eating the ones with diseased meat. If you’ll excuse me, I’m going go ahead and heat up another one.”