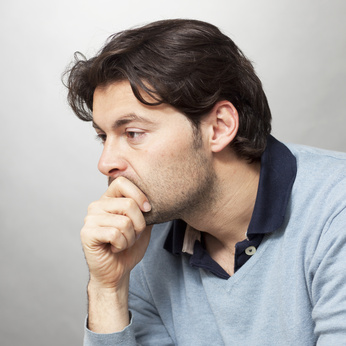 Santa Clara, CA – Mitch Benson, a computer programmer, is feeling a little down in the dumps lately. It seems the NSA is not interested in the content of his phone calls.

“It just kind of sticks in your craw a bit,” Benson said. “I mean, what’s wrong with me? I make interesting phone calls. Maybe not to a foreign country, or to a terrorist, but sometimes to some really weird people who say crazy shit. Doesn’t that count? Don’t I warrant some kind of stricter review?”

Benson said it’s unfair that only calls to and from someone living in a foreign country, or calls involving someone the NSA considers a “target,” might have their content recorded. For U.S. calls, it appears only the metadata is recorded, or the information on what number called which other number, not the content of the calls itself.

“It’s stupid, all this attention on foreign countries. What about me? I’m an American. I pay taxes. I deserve some attention, too,” Benson said. “You’re going to spend all that money to record somebody in Pakistan? How about you put some money into us here at home? Record some of us, for a change.”

Benson said it is some relief that his emails may be monitored more closely, as he thinks he has sent and received emails from people living in other countries. But that relief is small, and it doesn’t go very far.

“It’s not the same,” he said. “Any idiot anywhere can send an email. I get one a day from some guy in India saying I can claim his inheritance.”