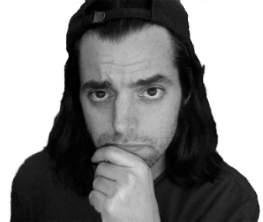 Looks Like You’ve Stepped in the Merde Now, Mr. President

You know it’s bad when even the French guy is giving you flack.

This week, Nicolas Sarkozy, the short French guy with the hot wife, took a pretty hostile and aggressive tone against our Verbal-Pauser-in-Chief. Why, wasn’t it just a few short months ago that Sarkozy and the rest of Europe seemed to be foaming in their lattes at the notion of Obama as our president? What happened?

Well, long story short, Obama’s first months in office have seen us bring down the entire world economy. (Now, I don’t want to hear that he “inherited this mess” and all the other excuses people make for him. Bush inherited stuff, too, and he didn’t cry about it. Yeah, so it was a surplus in his case, but still… You play the hand you’re dealt. It’s not Bush’s fault that Obama wanted to be president so bad.) Naturally, leaders of countries that think they didn’t do much to get their countries into the bleak situation they currently find themselves in are pretty pissed off. At the U.S.A.

Which brings us to Le Petit Prince. He is unhappy. He is threatening to walk out of the G-20 Summit meetings in London, if tighter global financial regulations are not agreed to. And the chick from Germany doesn’t seem to be swooning at the sound of our great orator’s voice either. And this is the leader of the country that went completely ga-ga over Obama just a few months ago, when he visited the all-important swing state of Munich during the presidential campaign.

So President Obama’s got some work to do. But what’s the smart move for him? What tactics can he employ to win over the Monsieur Cruller and Fraulein Sturm and Drang? Well, to start with, he can apologize for hiring a twelve-year-old Treasury Secretary. That might be a good jumping off point.

But it’s tough. On the one hand, he has to make everyone happy enough to want to help out and put money into their economies, to try to get everything moving again. On the other hand, he can’t look weak and be a pushover to a guy who comes up to his waist and a chick who… comes up his waist, too. (Although she could probably kick his ass, so I wouldn’t mess with her too much.) He’s got Gordon Brown on his team, but that’s like having the kid who wears jeans and penny loafers on your team in gym. He’s not going to carry much weight during the game.

So it seems it will be up to Mr. Obama himself. Let’s see if he’s as super-humanly talented as all the Obama-trons seem to think he is. Because one thing’s for sure: our man’s in a Paris-sized pickle.

I guess love is fleeting. Even when it’s spelled, “Je t’aime.”

Published in Opinion and The Mack Truck