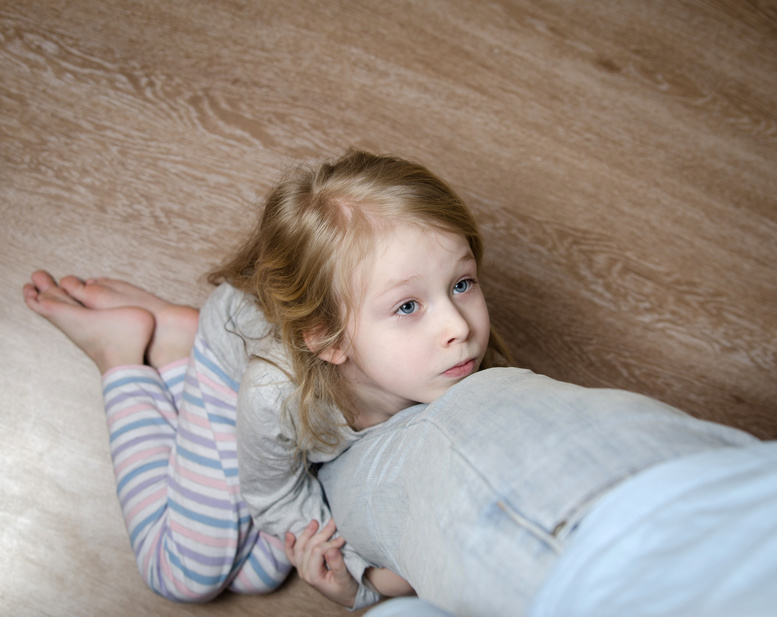 You were about to head out of the house and in your car, to make your daily commute to the office, when your 4-year-old daughter grabbed your leg and asked, “What is death? Does everyone die? Will I die? When will I die?”

She must have seen something in one of the movies or shows she watches, you thought. I can’t really deal with this right now.

“Don’t worry about it,” you said, and you called for your wife, to take command of the situation and let you escape from the house. But she was busy with your infant son, she yelled back, so that option was out. You were going to have to handle this on your own.

“I have to worry about it, thought! People die! Do people die, Daddy? Will I die?” your daughter asked, now clutching your leg, letting herself be dragged by you, as you inch ever closer to the door. To escape.

“People don’t die for a very long time,” you said, pulling your daugther along the floor with your right leg.

“But someday I’ll die? Someday I will?!” she asked. She sounded truly terrified. “Someday you will, Daddy? You and Mommy are going to die?”

“But then I’ll die? Then?” she whined, and another moment later, she had burst into tears. A full-on crying fit, still holding your leg, only more tightly now.

You had to do something. This was getting out of hand. You were going to be late for work. And that wouldn’t help anybody, now would it?

“You’re not going to die, okay?” you said. “You’re not. I was wrong. In fact, nobody’s going to die. Not me, not mommy, not you. Nobody. People only die in the movies.”

“Yes,” you said, aware of how large a problem you just created for your wife and yourself down the road. But that was in the future. Right now you had to get out of the house.

Your daughter let go of your leg. She stopped crying. “Yay!” she yelled. “Nobody dies! Yay!”

She said goodbye and she loved you and ran back into the living room to watch whatever movie or show she had been watching. You heard your wife say, “What did you tell her?”

You went out the door. It wasn’t pretty, but you had no choice. You didn’t have time to get into the whole explanation, and you really did have to get to work.