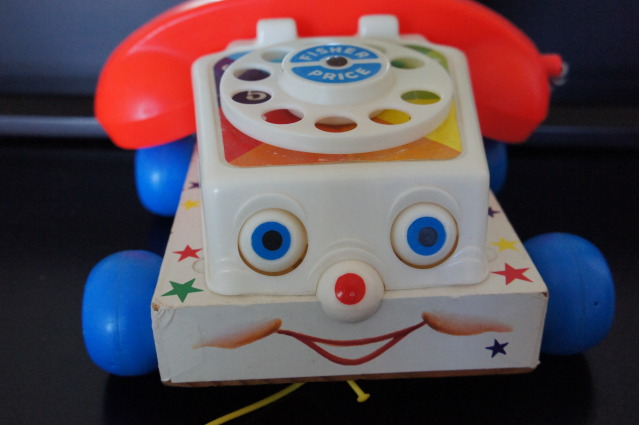 Fisher Price Chatter Phone Has Been Cooperating with NSA Since 2003

“We have no comment on this report, as we have not had a chance to review the documents in question,” said Claire Dunleavy, a spokesperson for Fisher Price, said in a statement.

The document dump, made up mostly of classified internal NSA emails, show several agents talking about, “the arrangement with Chatter Phone,” and the “agreement we’ve reached with Chatter Phone regarding recording device insertion.”

According to the documents, the NSA reached a secret agreement with the Chatter Phone to allow NSA operatives to insert a chip inside it, beginning in 2003. That chip then recorded data from each phone call, such as the location and duration of the call, unbeknownst to consumers.

The NSA stressed that the content of the phone calls was not recorded, and has not yet been reviewed in any way. “At no time was any of the content of any phone call listened to or downloaded,” NSA spokesperson Brad Nagler said in a statement released to the media. “We are conducting an internal investigation into the matter and will release our findings when it is appropriate to do so.”

The Chatter Phone was released in 1962 as the “Talk Back Phone,” and has been very popular among young children, usually between the ages of 12 and 36 months, ever since. Children pull the toy by a string, and it makes noise. It also allows children to use its rotary dial, which rings a bell, and use the receiver as they might a real phone, thereby teaching them how to use a telephone. It is those pretend phone calls made by children that the NSA apparently wanted to collect data about.

Some parents with children who have used the Chatter Phone aren’t assuaged by the NSA’s assurances.

“I feel completely violated,” said Theresa Abrams of New Jersey, who has bought the chatter phone for each of her three children. “To think those kids are making their little pretend calls, thinking nothing of it, and meanwhile the government is recording it all. It’s very disturbing.” She continued, “I won’t ever buy another Fisher Price product again, unless it has Elmo on it. My littlest one loves Elmo.”