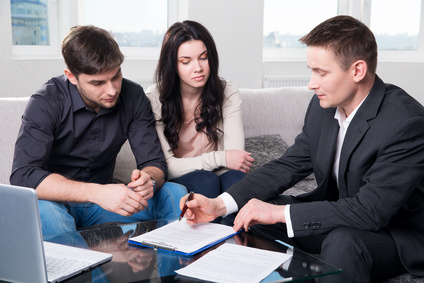 Trenton, NJ – The financial adviser hired by John and Amy Becker had only one suggestion for the couple after reviewing their finances: they should try to discover a rich uncle, and they should do it as soon as possible. According to the adviser, Chase Decklan, the couple has no other options to generate more income and thereby get themselves out of the large amount of debt they have accrued.

“They both have college loans they’re paying back, they’re living in a house they really can’t afford, and they have credit card debt,” Decklan said. “Neither one has a high-paying job or any real marketable skills, and there are no other assets or investments to generate income, either.”

“Really, they have no other choice,” Decklan said. “It’s time for them to get out there, call their parents, and see if there’s a rich uncle somewhere down the line. Even a great-uncle. Something. Someone that has a lot of money and would feel obligated, due to familial guilt, into helping these two out.”

John and Amy say they don’t know of any rich relatives in either one of their families, and don’t see much hope of discovering one, either.

“I don’t even have any uncles,” John said. “I have a great aunt that won the lotto once. But that was, like, fifteen hundred dollars, and I think she spent it all on towels. She likes really nice towels.”

“I have uncles, but they don’t have any money,” Amy said. “One of them is crazy, though, so he might be willing to rob a bank or something like that, and help us out that way. That’s about the only thing I can think of right now.”