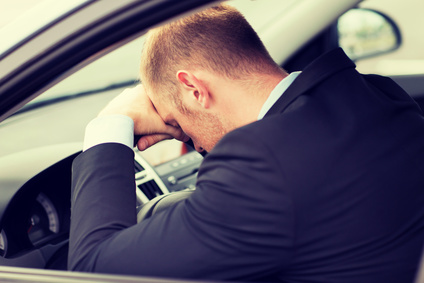 When an SUV sped through a red light that had just changed, you had to slam on the brakes to avoid hitting it. Having just missed dying in a fiery collision, you now have to begin youe 45-minute commute to work.

“My adrenaline is through the roof,” you said, after pulling over to the side of the road, following the near accident. “I’m actually shaking. And now I have to get on the freeway and deal with rush hour traffic to get to work — late.”

You were hopeful that some Morning Edition might help you relax and get your mind off the near catastrophe you just experienced, but you’re not convinced.

“Usually NPR is pretty soothing, but today? I don’t know,” you said, shaking your head. “That was pretty hairy.”

A few minutes later, your breathing has returned to somewhere approaching normal. Then you realized something. You laughed out loud — a dark, sardonic laugh.

“You want to hear the best part?” you ask. “I forgot my lunch on the kitchen counter.”