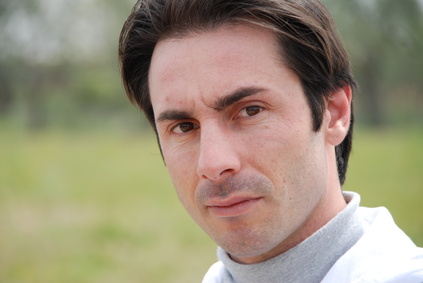 Studio City, CA – Adam Band, a father of two young girls, announced Saturday that he would be willing to give up one of his two testicles, in exchange for never again having to watch the Disney film “Frozen.” Band said the offer began as a joke, but is now real and firm, and will be on the table for 48 hours.

Band’s two daughters, Audrey, 7 and Zoe, 4, are both obsessed with the Disney film, as is seemingly every female child in America, and many male children as well. Band says the girls watch the movie at least once a day, usually right after the family eats dinner, which is only shortly after Adam gets home from his job at a nearby movie studio. (Adam prefers not to name the studio at which he works, but he assures us it isn’t Disney.)

“They come home every day and watch it,” Adam said. “Every day. I love my girls, but that much of anything can make any person start screaming.”

Adam says his wife, Emily, has also seen the film multiple times, but doesn’t seem to be as bothered by it as he is.

“She seems okay, but me, I see Elsa and Anna everywhere I go,” Adam said, referring to the two main characters in “Frozen,” the sisters who grow up apart from one another, then reunite in the film’s third act. “I’ll be driving and I think I’ll see the two of them up ahead, smiling at me. I slam on the brakes, but thee’s no one there. It’s like a Stephen King movie.”

Another issue is the music, says Adam. “Let It Go” has proven to be the biggest hit on a soundtrack that spent 35 consecutive weeks at number one on the Billboard 200 albums chart. Other songs from the film are widely known as well, like “Do You Want to Build a Snowman?” and “For the First Time in Forever.”

“I’m humming the damn things all day long at work,” says Adam. “And it’s not like I want to. God, do I not want to. It’s like some kind of brilliant subliminal planting that they’ve done to make those songs stay in your head. They’re just stuck in there, no matter what I do. The same thing happened to me with ‘Let’s Hear it for the Boy’ years ago, and I barely got over that.”

Adam was finally driven to make the offer that is currently on the table after running out of options. He realizes it is not a desire of his children or his wife for him to lose one of his testicles, but he said, at this point, he’ll consider anything.

“I said that as a joke,” he admits. “Or more of a moaning kind of plea to the gods, really, than a joke. But if my wife wants to take me up on it, and say, ‘If Daddy gives up a testicle, you girls can’t watch “Frozen” with him in the house anymore,’ then I will certainly keep up my end of the bargain.”

Adam admits losing a testicle would be potentially traumatic, and the procedure may be fraught with some danger.

“It would be worth it,” he said. “Believe me. I wouldn’t have that movie constantly with me, for the first time in forever. Argh! See? You see that? Goddamn it!”