Experts: Larry Summers Clear Choice to Guide Us Into Next Financial Crisis 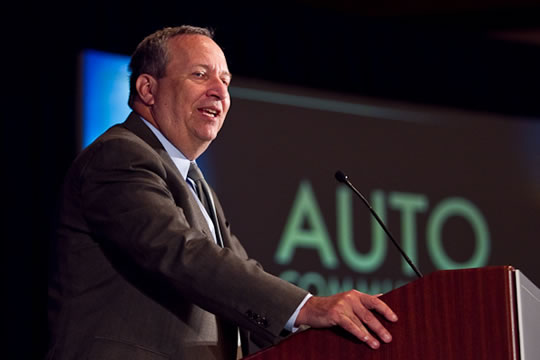 Washington – With speculation rife that President Obama may tap former Clinton Treasury Secretary Larry Summers to be chairman of the Federal Reserve when Ben Bernanke steps down in January, experts are weighing in from all over the political spectrum. The consensus seems to be that Summers is the perfect choice to guide us directly into the next economic catastrophe.

Summers, who pushed for repeal of the Glass-Steagall Act of 1933, the law that had separated investment and commercial banks, also has written about how unemployment benefits “contribute to unemployment” by providing an incentive to not work.

John Pinske, an Economics professor at Duke University, says Summers is exactly the right candidate to lead us into the next crisis.

“If you’re looking for someone to escort us into the next crash, he’s the guy, hands-down,” Pinske says. “He’s very pro-deregulation, pro-Wall Street, and is pretty much the embodiment of the attitudes that precipitated the last crisis, and crises before that, and will most likely precipitate whatever the next one will be.”

Pinske says that Wall Street firms are already playing many of the dangerous games they were playing in the lead-up to the subprime mortgage disaster. Summers’ appointment would almost certainly lead to less regulation of those firms, thereby increasing the risk of a similar crisis, only in a different sector.

“Could be student loans, bonds, online education, maybe even housing again,” Pinske says. “The point is, it will most likely start with Wall Street, with large banks, and if we want that to happen, we need a guy to go easy on Wall Street again. And that guy is Larry Summers.”