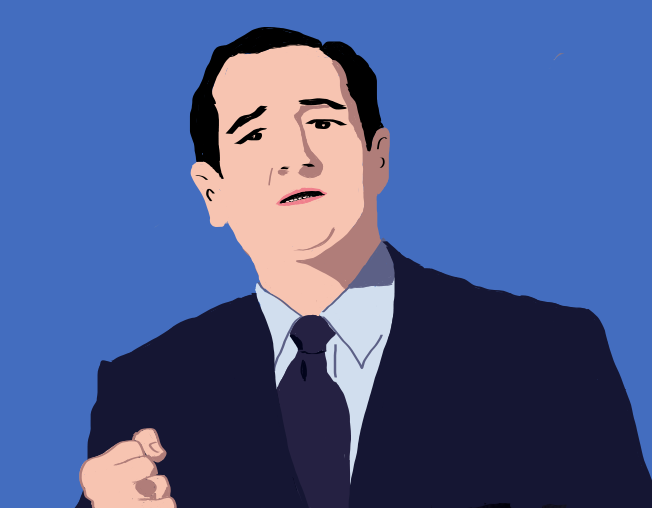 Cruz: Gummy Vitamins Only Improvement Country Has Made In Past Eight Years

Senator Ted Cruz of Texas, who is holding steady at second place behind frontrunner Donald Trump in the race for the Republican nomination for president, again blasted the Obama administration for its back-to-back “terms of failure” at a rally in Wichita, Kansas Saturday.

Cruz claimed the only improvement made in the country during Obama’s time in office has been the invention of gummy vitamins, the often fruit-flavored, chewable multi-vitamins that are more pleasant to consume than the large pill that used to be the American consumer’s only option.

“Those things are amazing, I’ll be the first to admit,” Mr. Cruz said to an enthusiastic crowd outside Miller’s Fishing Tackle, a mom-and-pop fisherman’s supply store. “When I chew those vitamins, I thank the brilliant engineer or scientist who came up with the concept, because they are simply delicious.

“However, let us not assume that President Obama had anything to do with this miraculous advancement. He most assuredly did not. In fact, if the president had his way, I’m sure he would have slapped some regulation or other on top of the company that came up with them and they would have been hamstrung and without the resources to make such a brilliant discovery.”

Cruz continued, saying that even if you count the chewable vitamins as an advancement in Obama’s column, it’s certainly the only one.

“What else is there?” he asked rhetorically. “Those Ziploc sandwich baggies? Yes, they’re certainly convenient, but did they come during President Obama’s time on office? No, Sir. Absolutely not. Don’t let anyone from the liberal media establishment tell you that was an Obama-era invention. Those were around long before Barack Obama became president, back when we had a real leader in the White House, a man named George W. Bush. You can look it up.”

Winding up the speech, Cruz said he came up short whenever he tried to think of another area in which the country has taken a step forward during Obama’s two terms. On the contrary, he said, the country has moved decidedly backwards in every category he could think of except the aforementioned advance in the vitamin industry.