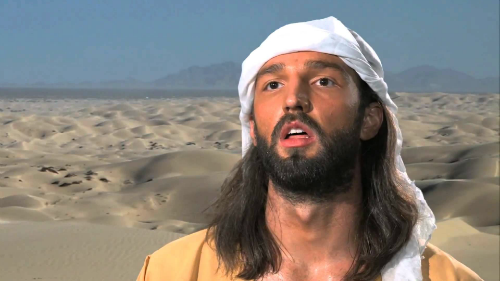 Cairo, Egypt – Ahmad Ben Asouf, a 76-year-old Muslim cleric who issued a fatwa on the filmmakers involved in the 14-minute trailer, “Innocence of Muslims,” now says he wouldn’t have bothered issuing the fatwa, had he seen the film beforehand.

Asouf says he was outraged when he heard about the trailer, and what it said about the Prophet Muhammad. He issued the fatwa, or religious decree, September 17, 2012, though he admits he had not yet seen the film.

“I urge all Muslims to find the director, producer and actors of this horrible piece of work and kill them,” the fatwa stated. “It is your duty as Muslims to see that this is done.”

He describes himself as being “furious” about what the YouTube movie, a 14-minute trailer for a feature-length version of the film, which may or may not actually exist, said about the Prophet Muhammad.

“The Prophet was a fraud, a womanizer, a child molester,” Ahmad said, “False things. Disgusting lies. I was very angry. Almost blind with rage.”

But once Ahmad actually saw the trailer, several months later, his anger became less directed at the actual insults contained in the film and more focused on the quality of the filmmaking itself, or the lack thereof. Asouf says the production design, visual effects, acting and sound design all left much to be desired.

“It is just terrible, awful in so many ways it is almost impossible to count them all,” he said. “They have this green screen that is so bad, you can see obviously they’re not standing in the desert. They’re on some stage in Los Angeles. And the sound, there’s all this echo and terrible overdubbing. Throughout the whole movie, it goes on.

“And don’t even get me started on the acting. It’s as if they said, ‘Who can we get to have the worst possible accents, to do the most terrible impressions of Muslims you can possibly imagine,’ and then they cast all those people. Horrendous.”

Asouf now says he may not have even bothered issuing the fatwa, had he seen the trailer beforehand.

“Issuing a fatwa is a lot of work,” Asouf said. “It takes a lot of time and energy. You have to write it out, edit it, check it over. Then you publish it, contact the press, try get the word out, so on. And if I’m going to do that, put in all that time and effort, the film should at least be decent.”

“Put some effort into it,” Asouf continued. “Bring some production value. Real visual effects. If you can’t afford to use film, fine, at least use that Red camera or some kind of high-quality video. Something.”

Asouf wishes to point out he is not excusing those who participated in the making of “Innocence of Muslims” for their blasphemy.

“What they did is reprehensible and shameful, and they should be punished for it,” he said. “Probably all their heads should be cut off. I’m just saying that in the future, if I’m going to go put myself out there and use a whole fatwa, the movie I’m referring to had better be half-decent. That’s all.”