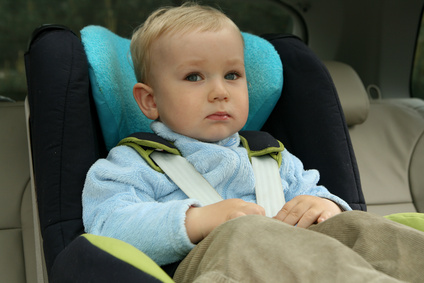 Scranton, PA – Mark and Leslie Dunlopp thought it was funny when their son, Sean, uttered his first word: Nestle.

“At first we didn’t think we heard right,” said Leslie. “But he said it again and again over the next few days, and we couldn’t think of anything else it could be.”

Sean was nine months old then. ‘Sony’ was his next word, a few weeks later, and ‘Chevron’ followed shortly thereafter.

“We were amazed,” Mark said. “Most kids we knew, they were saying, ‘Mama,’ ‘Dada,’ or maybe ‘ball’ or something. Our son was saying, ‘Johnson & Johnson.’ But we were kind of proud of that one. I mean, two words and everything.”

“I don’t think we have more television or advertising or whatever on around the house than any other family,” Mark said. “Maybe we do. I don’t know. Maybe he just loves corporations, the way some kids love cars or princesses. Is that possible?”

Mark and Leslie say that within the last two weeks Sean has begun saying, “General Electric.” They say they’re hopeful that soon Sean will start saying words that don’t have anything to do with large companies. Leslie admits that not yet hearing anything else come out of her son’s mouth has been a bit upsetting.

“I’d love to hear ‘Mommy,’” Leslie said. “But at this point, I’d settle for ‘Apple.’ At least we can pivot from the company to the fruit and feel like we’re getting somewhere.”