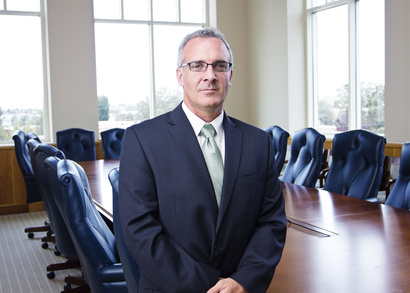 Topeka, KS – Leo Merck, CEO of Inline Products, Inc., held a meeting with all the company’s full-time employees Friday afternoon to ask if they would mind being considered part-time, according to people who attended the meeting. The employees in question would still work full-time hours, they would just be treated as part-time from a human resources point of view, which would mean having their health care and other benefits cut significantly.

“He basically just came out and asked us,” said one witness, who preferred to remain nameless for fears of possible repercussions for speaking with the press. “He just said, ‘I have a question for all you men and women, who have done such a wonderful job here as full-time employees: What would you think about being considered part-time?’”

The employees were taken aback, according to the witness. One of them raised their hand and asked a question.

“She wanted to know if we were being demoted to part-time status,” the witness said.

Mr. Merck apparently replied that no, that was definitely not the case.

“He said, ‘No, no, there is no way I would demote you people. You’re much too valuable to be moved to part-time status,’” the witness said.

What followed was confusion, with the majority of the group not understanding what Mr. Merck was getting at.

“He had to kind of gather himself again, and be more specific,” the witness said.

It was at that point that Mr. Merck explained the plan. The current full-time employees would work their normal, full-time hours, but as far as human resources and any government agencies were concerned, they would officially be classified as part-time. The move would help limit health care costs for the company, among other costs of providing benefits, as part-time employees receive less than half the employer-sponsored benefits of full-time employees.

“It would improve profitability for the company, is what he said,” the witness said.

Once people realized that what was happening was in effect they were being stripped of a good portion of their benefits, “there was stunned silence. Then a few people objected.”

Mr. Merck assured the employees the change was not going into effect immediately, as he was merely suggesting it as an option, to see what the employees thought. He urged them to think it over carefully.

“He said we could give feedback to him anytime, via email. He then thanked us for being such understanding, loyal part-time employees, and walked out.”