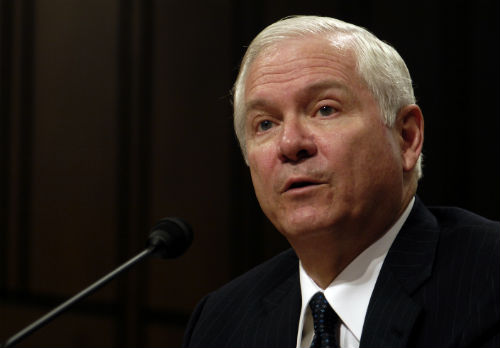 What Else Does Bob Gates’ Memoir Reveal?

In a forthcoming memoir, former Defense Secretary Robert Gates says he feels President Obama lost faith in his own war strategy in Afghanistan, and that Vice President Joe Biden has been, in Gates’ opinion, “wrong on nearly every major foreign policy and national security issue over the past four decades.” Gates served as Defense Secretary under both President George W. Bush and Obama.

Here are some other notable revelations from the memoir: