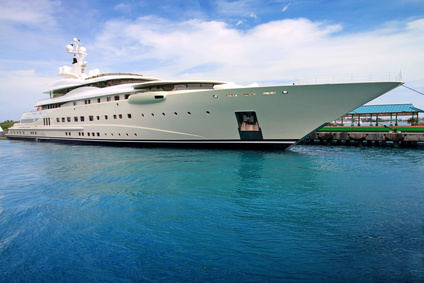 Bank Passes On Cost of CEO’s New Yacht to Customers

New York, NY – Luther Financial explained a 50% checking account fee increase and an additional “convenience fee” for use of its ATM machines by saying the cost of President and CEO Jack Tantom’s yacht must be made up somehow, and the bank is therefore passing that cost on to its customers.

Luther Financial already charges its customers $3.00 per month to maintain a checking account. The new fee will be $4.50 per month. The “convenience fee” for use of the bank’s ATM machines will be 25 cents per transaction.

The new fees must be approved by the company’s board of trustees. Mark Roth III, the board’s chairman, did not return calls requesting comment, but the board is expected to consider the proposal and come to a decision as early as next week.

“Mr. Tantom’s recent purchase required a large amount of cash to be spent, and that cost has to be accounted for,” Claire Longley, a bank spokeswoman, said in a conference call with reporters on Thursday. “We are therefore instituting a new fee policy, which we think strikes the right balance between fairness to our loyal customers and fairness to the bank’s chief executive.”

Ms. Longley further explained that the goal of the fee increase is to generate new revenue for the bank, and by extension, increase Mr. Tantom’s personal income.

“Our hope is that this added revenue will mean a higher stock price, and therefore a larger profit for Mr. Tantom, who holds a large amount of company stock,” Longley said, “We are also hopeful that the bank’s improved performance will mean a large bonus for Mr. Tantom, come the end of the fiscal year.”

In short, the new measures are aimed at making up for Mr. Tantom’s expenditure. “Mr. Tantom shouldn’t have to lose hundreds of millions of dollars just because he spent that amount on a luxury yacht,” Ms. Longley said.

The 360-foot yacht, called “Imperial,” has a price listed at $260 million. Neither Mr. Tantom nor the bank have revealed the price he paid, except to say it was “significant.”

Reaction to the bank’s announcement by consumer advocacy organizations was swift and overwhelmingly negative.

“This is an unconscionable breach of trust by Luther Financial,” said Beverly Riggio of the Consumer Protection Association of America, a group which lobbies Congress on behalf of consumers. “It is outrageous that the bank’s customers would be expected to bear responsibility for Mr. Tantom’s reckless spending and exorbitant lifestyle. We intend to fight this every step of the way.”

For his part, Mr. Tantom sees nothing wrong with the fee increase, explaining it as part of doing business.

“When expenses increase, companies are very often forced to raise rates to make up the difference,” he said when met by reporters outside the Luther Financial Building in lower Manhattan. “Granted, in this case, the expense in question was a fantastic luxury yacht for my personal use, and it has nothing to do with the company, per se, but it does, because the company is the way I’m going to make that money back. And that’s my right as President of a large bank in America. Ask anyone.”